What the U.S. Can Learn from Utah About Vote-by-Mail 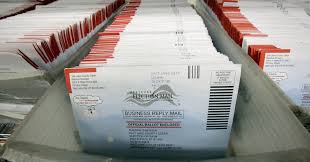 According to vote.Utah.gov, your county clerk will mail ballots between October 13, 2020 and October 27, 2020. If you are registered to vote in San Juan County, your ballot may be mailed sooner. If you do not receive a ballot shortly after this time, immediately contact your county clerk’s office.

While voting by mail (open to all voters) has stirred recent controversy, Utahns were among the first to adopt the process.  As of 2020, Oregon, Hawaii, Washington State, and Utah conduct their elections entirely by mail. A Pantheon Analytics study of Utah’s 2016 general election showed a 5–7% point higher turnout in the counties using vote by mail than those with traditional polling places, with even higher differences (~10% points) among younger voters, generally increasing voter turnout of those with less propensity to vote.

In addition to providing greater access and convenience to all registered voters, in 2014 a Pew Charitable Trust Study found significant cost savings associated with mail-in voting as Colorado, saved $6 per voter.  Though Oregon, Hawaii, Washington State, and Utah may have once been seen as outliers, with COVID-19 upending one of the country’s fundamental rituals, election officials from other states believe they may learn something from these pioneering states.  When Utah counties switched to all-mail voting, they discovered that people truly favored voting from the comfort of their homes.

When we think of polling places during the 2020 election season, we recognize the near impossibility of social distancing, keeping each other and our volunteers safe.  Utah’s use of the mail-in ballot created the perfect response to preserve our ability to vote, stay safe, and rely on the tried and proven delivery system of the U.S. Postal Service.  For more than a century and a half, deployed soldiers relied on the mail-in ballot to cast their votes.  Indeed, in a Pew Research Center study, “… 70% favor allowing any voter to vote by mail if they want to, including 44% who strongly support this policy.”

Many people recognize the value of the U.S. Postal Service and support is non-partisan. When Benjamin Franklin founded the U.S. Postal Service on July 26, 1775 – he put into place a means by which our nation stays connected and is bound together.  While digital mail has certainly altered how we receive correspondence, physical mail is still as vital, if not more so than when the USPS began.  As a nation, we rely on mail to receive negotiable instruments, medicine, personal correspondence, and the plethora of packages from online purchases, in a secure and timely manner.  Without the USPS’s ability and commitment to deliver to every household, many rural communities would be marginalized and disconnected.

For those who might be concerned about the security of the mail, especially during election season and mail-in voting,  the Postal Service states, “The U.S. Mail remains a secure, efficient, and effective means for citizens to participate in the electoral process, and the Postal Service is proud to serve as a critical component of our nation’s democratic process. All U.S. Mail is protected by more than 200 federal laws enforced by the United States Postal Inspection Service, one of the nation’s oldest federal law enforcement agencies. The Inspection Service has a proud history of identifying, arresting, and assisting in the prosecution of criminals who use the nation’s postal system to defraud, endanger, or threaten Americans.”

Like residents of Oregon, Washington State, and Hawaii – Utahns have discovered the power and efficiency of mail-in voting.  This election season complete your ballot and vote.  And trust, that the United States Postal Service will do its part in this vital process.